If you followed up our last VA’s, you’ll be as thrilled as us for releasing Sykespico’s debut album: “Perspective”! Behind this powerful melodic project are Matan Levi & Nadav Elhadad, from south Israel who have been producing for nearly 15 years and released tracks and an EP on Global Sect, Zion604 and Suntrip.

With “Perspective”, they carefully selected and engineered a complete multifacetted intelligent and resourceful story that will energize your brain both in your sofa and on the dancefloor.

The duo starts softly with “Great Light”, an aerial track, a buildup in itself full of progressive influences with a massive break that must have lifted plenty of desert dust in the past!
Following up, “Psycho Therapy” is a different story, still with an aerial feeling, but gradually leaving way to more mechanical melodic synthetic atmospheres!
“Trancologia” and “6EQJE5” propel you in the core of the album as they smell of those underground parties where you let go and free yourself totally on the dancefloor. Massive leads come and grab you to only release you with an ultimate funky twist!
If you like melodies, be prepared because “Concerta” and its whacking rhythmic packs a crazy whole lot of them…chirping, holwing, twirling, rollercoasting!
The “Visit Earth” we released on “The 50th Parallel” was rather atmospheric, but wait for the supercharged “Live Mix” that Sykespico prepared for “Perspective”: you stand no chance as the track acts as a neuron booster with plenty of fx and melodic surprises. And in case you’re still standing, “Dance Float” gives you a final treatment with a rhythmic convoy of battleships hammering the surface of your brain and explosive melodies!
Sykespico can’t deny their israeli goatrance influences with “Spacestation”: the duo shows their incredible skills with this spinning-top of a track that has been crafted like it’s constantly accelerating and decelerating especially to blow your mind!!
Many awesome albums end with a semi-downtempo track and that’s the case here with “Perlimor Star”, an electronic echo of birds of paradise across the vastness of the universe…

Matan and Nadav show it’s possible to be both poets and goatrance producers. Follow their path through their ode to imagination: “Perspective”!

You know Filteria? E-Mantra? RA? Artifact303? Goasia?
Well, then you know the spirit of Suntrip Records! Suntrip is a half French, half Belgian record label, releasing Goa Trance and melodic Psychedelic Trance. Suntrip Records was set up in the summer of 2004 by Fabien “Mars” Marsaud and Joske “Anoebis” Vranken. Since 2004 they are working together to promote Goa Trance as much as possible via CD-releases, parties, radio shows, etc. 🙂

All rights of the producer and of the owner of the recorded work reserved. 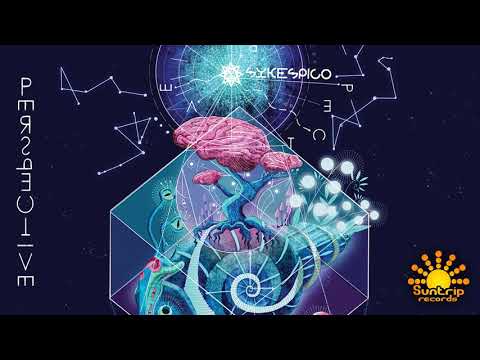