Home Is It Too Late To Learn?

Is it too late for me to learn new things, develop new skills, master new hobbies or sports?
The brain research says, contrary to the belief that “You can’t teach an old dog new tricks” you can learn new skills, abilities and knowledge at any age.

The bad news is, “You ain’t gettin’ any younger.” The good news is, you can slow, repair, and even reverse the aging of the brain.
And it’s not magic. You build mental muscle the same way you build your biceps, triceps, and glutes. Reps!

To Buy the Books in This Video Visit:
My Stroke of Insight – a
The Brain That Changes Itself – d
NeuroDiscipline – p
Neuroplasticity: Your Brains Superpower – u

Hi I’m Rick Green and I want to know how do I keep my brain young? How do I keep a good solid memory and also I want to slow the aging process of the brain, perhaps even reverse it, is that possible? I believe it’s never too late to learn something new but can I prove it?

This is actually something I’ve been working on and interested in since I was 20, trying to stay sharp and keep my brain fit. Clearly it’s too late for my body but if I can keep my mind young and alert and attentive I’ll really be able to figure out how and why my body went kablooey.

I’m joking I’m actually in better physical shape now than I was 20 years ago which is kind of pathetic. When I was young scientists or as they were known back then ‘alchemist wizards’ used to believe that the human brain grew throughout childhood, developed into your teens, and then at about 25 years of age things kind of locked in place and that was that, you had what you had and you made the most of it before it inevitably, naturally got to the point where you were yelling at kids to get off the lawn not realizing you’re in a home and the lawn is actually just green wallpaper.

At a certain point sure you could learn some new facts, hone a childhood skill but basically the house was built and the best you could do was some preventative upkeep you know, to prevent it from falling into disrepair too quickly. By the time you hit 60 your house would be falling apart faster than Dorothy’s farmhouse in the Wizard of OZ.

So at the time this idea that a 50, 60, or even 70 year old brain could grow and create new neural networks and rewire itself was scorned upon especially if you talk to a lot of old people. Scientists who suggested that a middle-aged brain could improve,, grow, develop and learn were called witches and burned at the stake. I may be misremembering this, I should have started this process sooner when I still had the full factulties.

Eventually somebody asked a question, a profound question which went something like this ‘well gee my Aunt Helen never golfed in her life but she started when she was 55 and now she’s beating the pants off of my Uncle Jack, what’s up with that? The short answer Uncle Jack needs a belt for those pants.

Learning After A Stroke
Then came personal examples the most famous and perhaps the most dramatic being Dr Jill Bolte-Taylor a brain scientist who had a severe stroke causing her to lose all her language, her logic and her mobility and yet she managed to relearn all those skills and gain back all that knowledge that she had lost everything from walking to being a brain doctor.

What happened is amazing, half her brain was damaged and so the other half of the brain commandeered and rewired itself to kind of pick up the slack. Her book My Stroke of Insight is an amazing read. Rewiring Dr Bolte-Taylor’s brain took eight years, massive rewiring takes time I mean how long did it take you to learn to walk and talk and ride a bike the first time around and that was when you were young and your brain was really into growing, learning, it was in learning mode at full throttle. If you’ve ever had a toddler asking you question after question after question you know what I’m talking about.

Scientists now know that the human brain continues to grow and create new neuralpathways for as long as you continue learning new things and trying to develop new skills. A polish neurologist named Jerzy Konorski termed it Neuroplasticity. There’s an incredible flexibility in our brains, a lot of work is being done around the brain’s ability to heal or simply transform and grow. Check out The Brain That Changes Itself … full transcript available at / 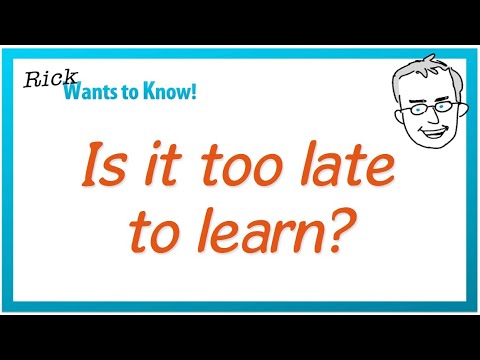