This podcast episode originally aired on 3/5/18

Dr. Roberto Olivardia is a Clinical Instructor of Psychology at Harvard Medical School and Clinical Associate at McLean Hospital in Belmont, Massachusetts.  He maintains a private psychotherapy practice in Lexington, Massachusetts, where he specializes in the treatment of attention deficit hyperactivity disorder (ADHD), body dysmorphic disorder (BDD), and obsessive-compulsive disorder (OCD).  He also specializes in the treatment of eating disorders in boys and men.

He is co-author of The Adonis Complex, a book which details the various manifestations of body image problems in men.  He has appeared in publications such as TIME, GQ, and Rolling Stone, and has been featured on Good Morning America, EXTRA, CBS This Morning, CNN, Fox and Friends, and VH1.  He has spoken on numerous radio and webinar shows and presents at many talks and conferences around the country, including the CHADD conferences annually.

Sign up now for a FREE ADHD Webinar at:

Get ready to Shift your Energy and Supercharge your Productivity!

Join Tara McGillicuddy for a 2 hour group action session by computer, tablet, or smart phone. Tara will lead the group to shift the energy and support the members to take action. The 2 hour LIVE session will be broken down into multiple action blocks and quick check-ins. Tara will use proven methods including the Virtual Body Double Concept and the Pomodoro Technique to help group
members supercharge their productivity and get things done. 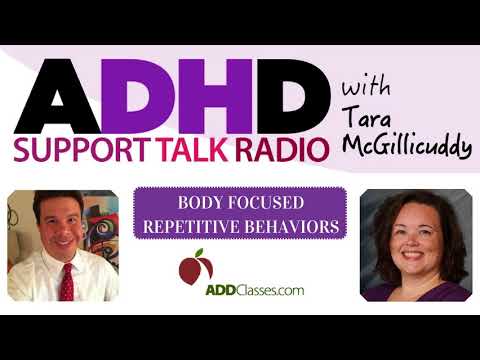